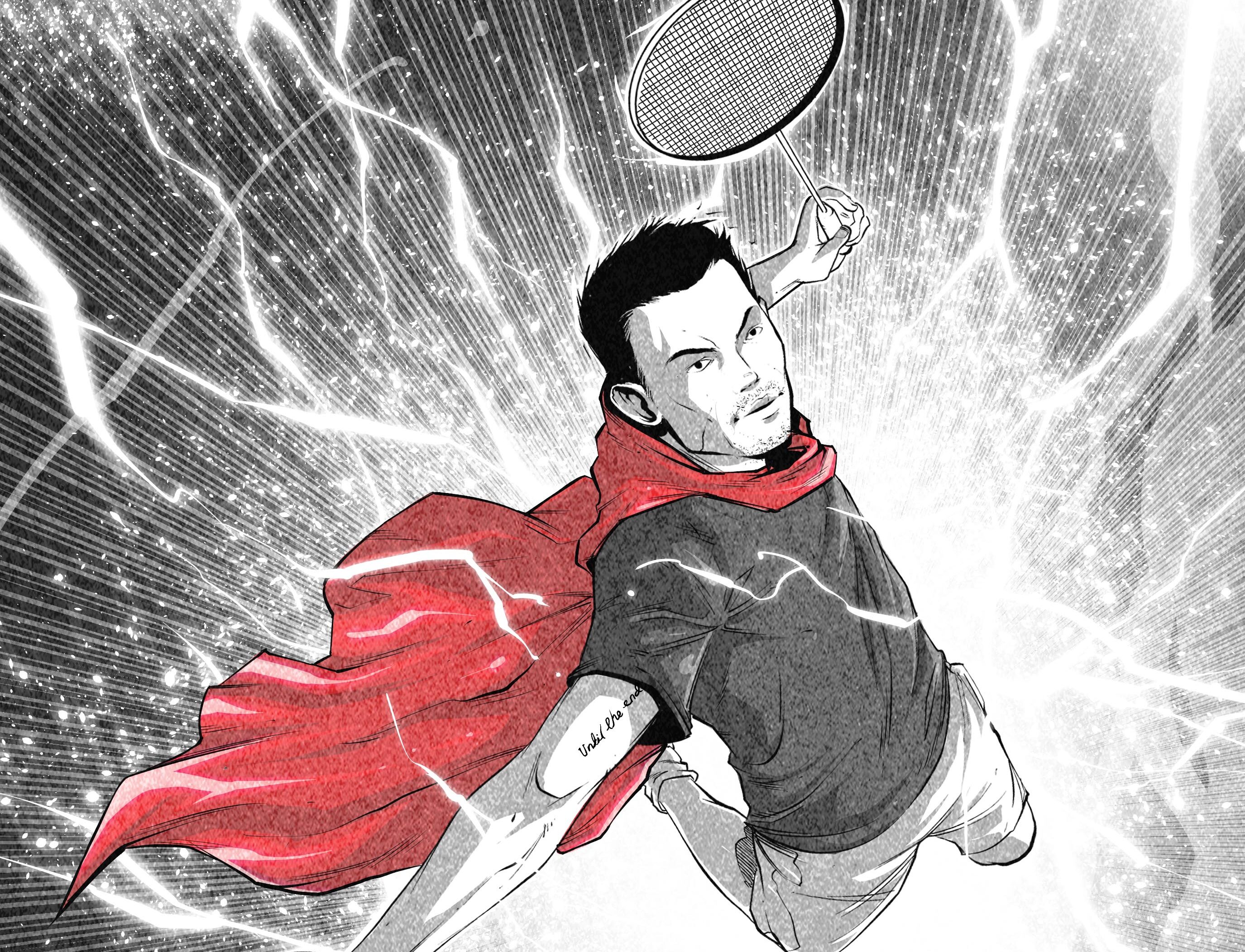 For our first From the Archive feature, we’ve chosen to celebrate the Chinese New Year by sharing Badminton ace Lin Dan’s Instagram campaign, which tells the story of his expansive career.

We were commissioned by the agency Monopo London, a creative agency founded in Tokyo in 2011 whose first international expansion in 2019 was their London office.

Monopo London was looking for a creative partner with strong storytelling skills, who could bring the heart of Dan’s story to life.  The project needed to be turned around quickly and was taken from commission through production to publication in less than two months.

The campaign consisted of a series of nine manga-style comics, each detailing a phase of Dan’s life and a step in his career.  The sequential narrative mainly relied on the artwork to tell the story, with minimal lettering.  This meant that the action in the panels needed to be clear, so that the story would be accessible to Dan’s global audience.

A greyscale palette was used throughout with an effective red colour pop to represent Dan’s Chinese heritage.  The story begins with his birth in Longyan, China in 1983, after which his talent is quickly discovered and he is put on the path that leads him to greatness.

Each Instagram post was liked by upwards of 3,000 people, with a total of over 30,000 likes across the whole campaign.

You can find all nine comics on Lin Dan’s Instagram page at: instagram.com/thereallindan


We hope you enjoyed learning more about what we do! If you would like to have a chat about an upcoming or prospective project, drop us a line and we'll be in touch.